The Fusion-based MKZ Hybrid looks great – on the inside. This is Lincoln’s MKZ, a rebadged and reimagined luxury sedan based on the Ford Fusion – which provides a stellar platform to build on. The MKZ isn’t setting the world on fire – of the 8,107 vehicles, Lincoln Canada sold in 2017, only 994 were MKZs. They don’t break down those numbers to clarify how many, or rather how few, of them were hybrids, but from what I’ve seen on the roads, it would be a small percentage. I have literally seen only a single hybrid current-generation MKZ on Edmonton streets. Most buyers seem to be opting for the gas-powered models which come with standard all-wheel drive. There have been some changes to the MKZ’s styling, and they’re not all good. Lincoln says it has become sleeker and more elegant, and the front end “establishes a strong sense of power and confidence”. While I appreciate that Lincoln is trying to incorporate its new grille, the front-end treatment comes across as somewhat bland and conservative in person, particularly when contrasted with the swoopy side profile (you almost expect the rear end to be an Audi A7-like hatchback). I do appreciate the rear and rear-quarter angles for trying to be different. The bright adaptive LED headlights are very effective, and I still like that full-width LED tail light set-up. My review car’s 19-inch rims were shod with fat 245-sized rubber all the way around. Although the MKZ can’t quite hide its Ford Fusion roots inside, Lincoln has crafted a very nicely finished cabin, particularly in the higher trims. The materials as well as the fit and finish are top-notch. You’re surrounded by beautifully textured soft-touch plastics with stitched panels and I really liked the colour scheme – it uses lighter tones on the upper and lower sections, with a darker trim area around the middle part of the cabin. Part of the darker middle section is clad in stunning open-pore wood trim that wraps its way around the dash and onto the door panels and even on the steering wheel. Little details, like the volume and tuning knobs that appear to be machined from solid aluminum, look and feel world-class. Sadly, there’s also a stark contrast between these knobs and the fan-speed dial just below, which feels jiggly and is very obviously plastic. Adding some airiness is the glass roof, which is exactly that – and also opens and closes like a sunroof panel would. The entire roof lifts and can slide back making for an almost open-air experience when it’s all the way back. Of note, when the roof is in the fully open position, it definitely looks strange from the outside, and adds significant wind noise and some buffeting while driving. Speaking of noise, I was not the only one to notice that the car’s climate control fan seems quite loud. Lincoln’s heated and cooled Bridge-of-Weir-leather-trimmed seats are fantastic. They are comfortable, look great and the massage function is a boon on the highway. The SYNC 3 touchscreen system works well enough, incorporating navigation, phone, settings and the outstanding 20-speaker Revel Ultima sound system. The latter takes a page from Burmester’s playbook, placing its gorgeous drilled metal speaker grilles throughout the cabin. The MKZ’s swoopy profile makes for a smaller than expected interior – I’m 5’10” and had perhaps an inch of headroom to spare.

The rear passengers may also be surprised at the tighter-than-you’d-think confines. Sitting behind my own seating position left me with only about 1.5 inches of leg room, and the only reason I had enough head room was because Lincoln carves out a scalloped space in the ceiling. With that said, the heated rear seats are very comfortable. Not only that, but everywhere you look and touch, there’s a feeling of luxury – the stitching, the soft-touch surfaces and the wood continue to the back. Even the front seatbacks are beautifully finished with perforated leather. Rear passengers get two USB plugs and a 150W 110V household plug to power devices. The middle seatback folds down to become a handsome armrest, complete with a carpeted storage bin and a couple of cupholders. There are two pop-up covers on the centre console, revealing a small vertical bin (that I assume is for a phone) and two cupholders. A dual-level storage area under the centre console, complete with two 12V plugs, is a neat touch, although it’s a bit difficult to reach. The hybrid MKZ’s 314L trunk (which has a powered lid) offers up a reasonable amount of room, although it is not in the most practical form as the battery is a big hump that grows out of the trunk floor. We did a big grocery trip without any issues, and if you had a bunch of soft luggage like duffel bags, you’d get a lot in there – but that trunk won’t be swallowing more than one or two big suitcases. The front-wheel-drive-only MKZ Hybrid pairs a 2L inline-4 with an electric motor and an electronic continuously-variable transmission (e-CVT). We averaged 7.5 L/100 km during a cold winter week, making no effort to drive economically. That’s not mind-blowing fuel economy, but it is impressive considering the size and heft of this car. Of note, I got 6.3 L/100 km in a 2016 model of the same car with the same drivetrain during warmer weather – that number is amazing. The hybrid MKZ drives very nicely. It’s not a fast car, but it feels fast enough when it needs to. It’s a smooth, relaxed commuter, often staying in electric mode longer than expected – and continuing to sail in EV mode at freeway speeds if you are light on the go pedal. The car always feels substantial due to the additional weight of the hybrid drivetrain. While things are eerily quiet in EV mode, the engine and CVT combination make for a bit of noise and unexpected coarseness when those revs soar up under harder acceleration and I found that sensation less fitting for this car’s luxurious pretense. You can select an Eco driving mode if you want to eke every kilometre out of your fuel tank. I’m still not a fan of the push-button gear selector. The ride was smooth and quiet, soaking up any of the endless road imperfections that we are blessed with in Edmonton every spring – although it’s likely a tad more taut than you might expect from a Lincoln. Handling isn’t sporty, but thanks to the adaptive suspension and seemingly improved electronic steering, the MKZ’s ability to turn into a corner and handle curves was pretty respectable. I was very impressed by the traction for a front-wheel drive sedan – even in fresh snow, I ended up rarely seeing the traction control light go on during accelerating smartly from standstill. Visibility out of the car is mostly good, except that steeply-raked rear glass makes for a bit of a gun-slot view. If the aforementioned pano roof is open, the rear edge of it slides back to bisect your rear view, which doesn’t help matters at all.

WAF (Wife Approval Factor) was mostly high. She said it feels like a very luxurious car inside, and she commented on the feel and the smell of the leather. She was not a fan of the overall styling from the outside. While the MKZ is a nice car, and the hybrid is reasonably-priced, it can get expensive quickly once you start ticking off option packages. If you like this ride and you’re all about saving fuel, you’ll appreciate that Lincoln has set the entry price for the hybrid at only $350 more than the all-gas model. There’s no denying that it’s a nicer car than the Fusion that it is based on, but in the end, I’m not sure that is enough of an argument to buy the MKZ over the Fusion unless you really have the money to burn. If you’re shopping in this category, an entry-level hybrid Fusion can be purchased for over $14,000 less than a base hybrid MKZ (or about $20,000 less than my Reserve trim MKZ) – and that’s before you add in the close to $13,000 in options. And I personally really like the Fusion’s exterior styling from every angle. 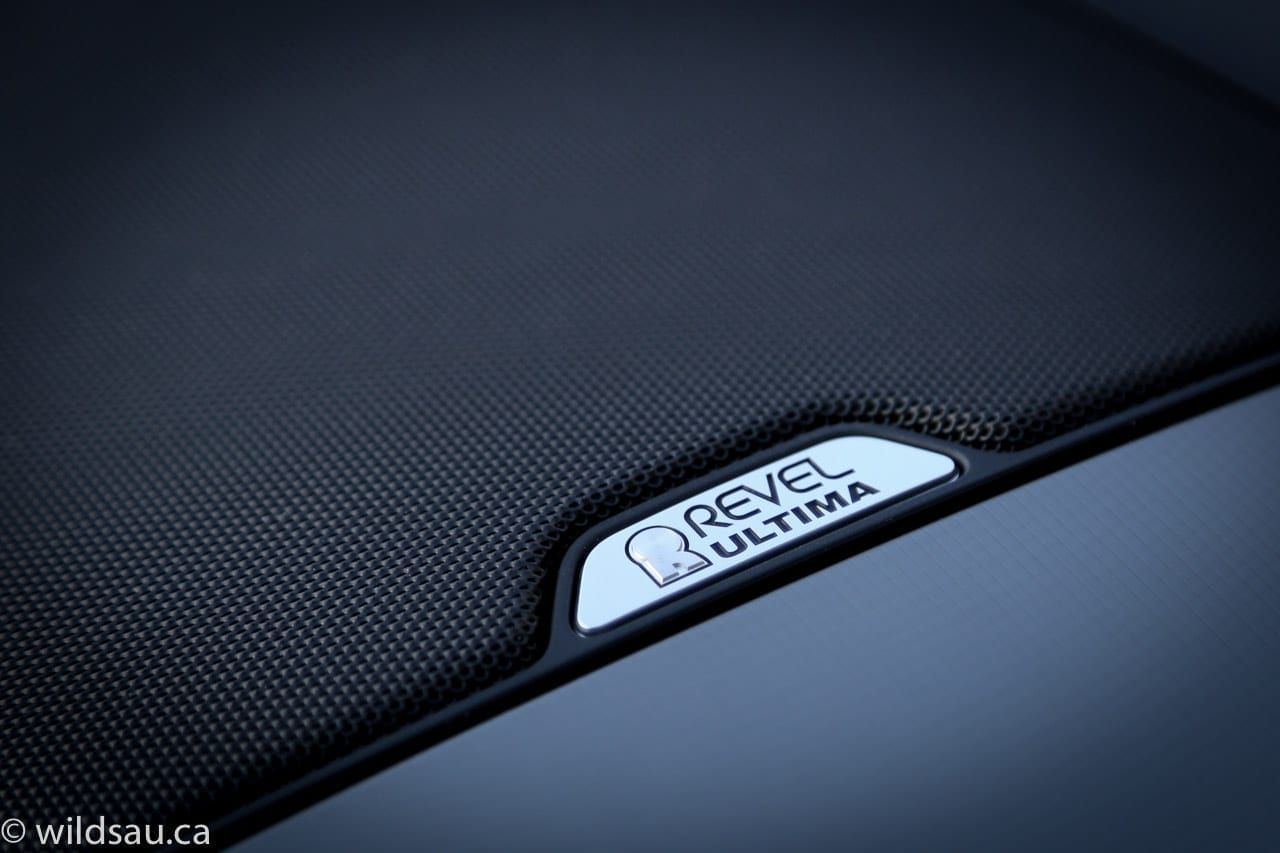